Thanks for printing!  Don't forget to come back to Metro Brokers for fresh articles! Buy BEFORE You Sell

My agent was a great communicator which is very important to me. I live in Australia, and with the time difference, she had to work all hours to answer any questions or concerns I might have had. Her quick responses helped me to have a happy sales experience.

I spoke with four other agents regarding the sale of my home. I went with my agent because he was sincere and gave the best presentation. He was thorough and well informed of the current trends in the area and was able to communicate precisely a goal plan to obtain the best return on my property investment.

I have told all my friends and relatives about how happy I am with my agent. I cried with joy at closing because it was amazing with how quickly he helped to sell my home.

If you are looking for a realtor STOP and look no further. I was really nervous about using a realtor to sell my house, I told the agent all my concerns and she was so understanding and patient. She gave me great advice and my house was under contract in less than 48 hours. I was so impressed with her. Everything she promised, she delivered.

When our agent came to our house for the first time, she was completely prepared with comprehensive documentation regarding comparison sales and other related documents that helped us make our decision to partner with her. Her input was very helpful in the preparation of our home and assisted in us receiving offers on the first day the house was on the market.

Our Agent Was Great Everywhere You Need Us To Be

Find an Agent Find an Office Find the Perfect Community for Your Family

For most homebuyers, the community they live in is just as important as the home. It has to have the right schools, people and activities to suit your family's needs. If you'd like to browse the top communities in Georgia real estate, you can do so by clicking the link below. We've gathered all the information you need to help make your decision as easy as possible. Little Five Points is located just north of East Atlanta. The neighborhood is known for its distinctive street art, vintage clothing boutiques and culinary options. The neighborhood’s name was derived from the intersection situated at the heart of the so-called Bohemian center of the South. Find your dream home & enter to win $1,000! Second Sunday of every Month Help us in congratulating our Top Producing Agents for their success in 2019! When you consider selling an exceptional home, you expect service and support from your real estate partner that is as distinct as your position in the marketplace. You want a representative and trusted advisor who knows your market, understands your specific needs and who has the expertise to help you achieve your goals. Better Homes and Gardens Real Estate Metro Brokers understands and is ideally positioned to deliver on your expectations for the highest levels of real estate service and innovation. Our unique luxury program, Distinctive Collection by Better Homes and Gardens Real Estate Metro Brokers, provides an exceptional marketing platform to create the right buying or selling strategy tailored to your individual goals. The program currently represents some of the most distinctive homes in the country, supported by the most exceptional real estate professionals in the business. We understand the luxury lifestyle. We are committed to exceptional service and we are here to exceed your expectations. It takes teamwork to make it in today’s competitive real estate industry. With the power of one of America’s foremost brands and the local reputation of one of Atlanta’s best known real estate companies - BHGRE Metro Brokers - you’re assured to kick your real estate career into high gear when you join us.

Are you thinking of becoming a real estate agent? As the top, broker-owned real estate academy in Georgia, we can help you gain your real estate license and teach you exactly how to start a new career as a real estate agent with cutting edge technology, superior marketing, unequaled broker support, and top of the line training. 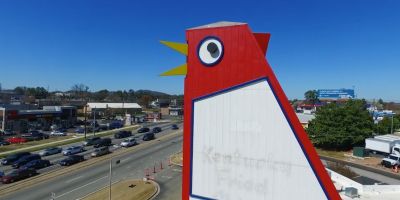 You’ll find the city of Marietta, and its population of approximately 60,000, right in the heart of Cobb County to the northwest of metro Atlanta. The city, which is the fourth largest of the principal cities of metro Atlanta, has been home to country singer Travis Tritt, the Atlanta Braves 2015 no. 1 draft pick Dansby Swanson, U.S. women’s national soccer team player Emily Sonnett and dozens of more notable people. The Better Homes and Gardens Real Estate app is THE app for all things home search. Whether you want to search metro Atlanta, a specific community of even a certain subdivision, you can do it all right within the app.